Early in 1997, the Police Chief, at the request of community members who were expressing the need to provide positive alternative activities for Albany’s young people, began to research ways to address these concerns.  In February, the police department sent an Officer to the California Police Activities League’s (CAL PAL) conference.  It was determined that the Albany Police Department could best serve the needs of the community by starting a PAL program.  A collaboration of the police department and other agencies within the City would be necessary to establish a successful PAL program.  On April 30, 1997, the Albany Police Activities League (APAL) had its first meeting.  The original twelve member Board of Directors included representatives from the Albany Unified School District, local businesses, a City Council member and city staff, and community members. The Police Chief and the officer serving as APAL Executive Director, served as ex officio board members.  APAL became a member of California PAL, filed bylaws with the State of CA and received IRS 501(c)(3) status.  It was determined that the focus of APAL would be to provide service to middle school aged students.

During the first year APAL provided a flag football team as well as girls basketball teams.  Over the next several years there were collaborative programs with the Albany School District, UC Village, and the City of Albany Recreation Department.  Activities included hiking trips to Point Reyes, Nike Flight Basketball League, and field trips.  APAL also participated in the YMCA basketball league.  By the spring of 1998, there were 100 members of APAL.

The first annual awards dinner was held in 1998.  This popular event, which continues to this day, highlighted the achievements of the APAL participants with medals, certificates and pizza for all.  The wrestling program was started in 1999. Also, that year, a self-esteem program was offered to middle school girls. APAL had a team in the Oakland Neighborhood Basketball League (ONBL) in 2000 and 2001.  During the winter of 2002, APAL participated in the CAL PAL snow play day.

The Youth Director’s Council (YDC) was established in spring 2002.  This program gave students at Albany High School an opportunity to serve in leadership roles in the community and to enjoy educational experiences.  Several of the members served on the APAL Board of Directors.   They worked hard at fund raising at events such as the Solano Stroll and July 4th celebration, earning money for the APAL program.  They assisted at beach cleanup days as well as adopt – a – trail program, decorated senior facilities for the holidays. These projects were conceived of and planned by the students themselves under the direction and support of an Albany Police Officer.  Each spring, members of the YDC attended the CAL PAL Sacramento Experience.  This 4 day event included meeting with the State Legislators, learning about the workings of the State government and meeting YDC members from all over California.

Anthony Sanchez, a former member of the YDC and a member of the APAL Board of Directors was named “Male Youth of the Year” by National PAL at their conference in May 2002. 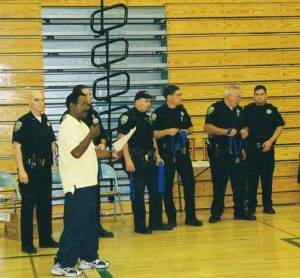 In 2002, the Board began to take on a larger role in the administration of the programs as there was no longer a full time Executive Director.  In October 2003, the first APAL wrestling tournament was held at Albany High School.  Albany took the Western Division League Championship.  Members of the Albany Police Department gave out the awards, making the event even more special to the youngsters in attendance.

In October APAL hosted the Western Division Championship Tournament at Albany High School and took first place in three categories.  The YDC became a recognized club at Albany High School with a faculty advisor.  This status allowed them to publicize their activities at AHS as well as to meet regularly.  Their service projects included a movie night for elementary school students, clean-up on the Ohlone Greenway, (for which they received a plaque from “Keep America Beautiful 2005) and clean – up of the Buchanan Street median.  They raised money for their club both at the City’s July 4th celebration and Solano Stroll.  It became a tradition to end each year with a trip to a local amusement park for the YDC members. 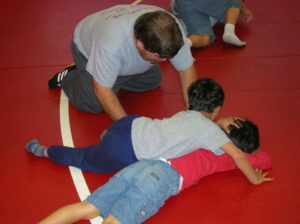 In January 2005, two interns from Cal State Hayward were hired to assist with office tasks.  A new wrestling program was also begun that year – “Crocodiles”. This program, introduced young people in grades 1 – 5 to the sport of wrestling.  This is an excellent feeder program for the middle school aged program.  The Crocodile program continued to grow and by 2008 included practices in the evening as well as on Saturday.  The young wrestlers began attending tournaments with wrestlers of similar age and abilities. 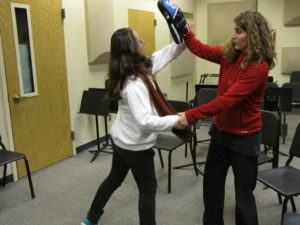 The Kurukula program was added to APAL in 2006.  This is an empowerment, life skills and self-defense program for young women at Albany Middle School.  There were 10 girls in the inaugural session.  This program became very popular with both girls and their parents and was offered each semester at Albany Middle School with a Level 2 class held in the late spring.

The Mary Neylon Scholarship was established in 2007 in honor of Mary Neylon who owned Mary & Joe’s Sporting Goods store and was a friend to all sports teams in Albany.  This scholarship was awarded to a YDC member who demonstrated leadership, good character, participation in clubs or organizations and community service.  This program has continued with a variety talented young men and women being granted scholarships. 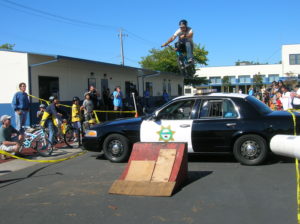 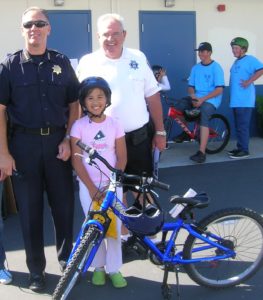 On October 13 2007, APAL and the Albany Police Department sponsored our first bicycle rodeo.  Local merchants donated raffle prizes as well as money to produce the event.  The emphasis was on bike safety with Solano Cyclery inspecting bikes for any mechanical problems and free helmets were given to all participants.  The highlight of the event was the trick riders, 2 Hip.  Bicycle Rodeos have become a signature event for APAL continuing each spring. 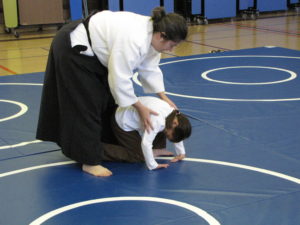 The first Aikido class was held in September 2008.  This martial arts program proved to be very popular and met weekly at Ocean View School.  In the summer of 2010, the Aikido program moved to the Albany Community Center under the direction of Sensei Pietro Maida.  Many of our participants have been awarded their yellow belt as skills continue to improve. 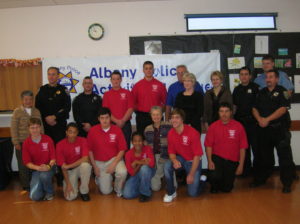 Fall of 2008 saw the first Police Youth Academy.  The initial class of nine students were given an opportunity to the see day-to-day operations of the police department and ride along with a police officer in the city of Albany.  This program is intended to inspire good citizenship and productive communication through a better understanding of the criminal justice system. The program concludes with a graduation ceremony attended by family members and community leaders. 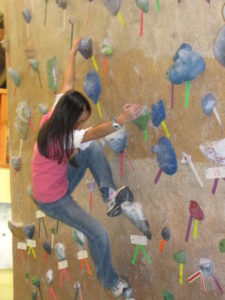 In 2009, APAL began a partnership with the Albany Y in presenting Girls Circle.  This program for middle school girls was designed to foster self-esteem, help girls maintain authentic connection with peers and adult women in their community, counter trends toward self-doubt and allow for genuine self-expression through verbal sharing and creative activity. The following year the program became more dynamic and exciting as adventurous field trips were added and the name changed to Girls Rock!  Activities have included indoor rock climbing, sailing, kayaking, and dragon boating.

The Youth Leadership Council (formerly YDC) continued to grow in 2011 through their community service.  They held a food drive at Albany High School and also participated with the Berkeley Police Department in their food drive.  Members of the YLC helped with the Commit to Serve Expo, the Arts and Green Festival as well as the July 4th celebration in Memorial Park.  APAL sponsored the climbing wall at the Police Department’s Safety Palooza in the fall and the YLC members were on hand to assist at the event.  They also helped organize the goodie bags for National Night Out. 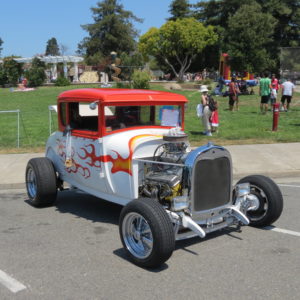 APAL hosted our first Classic Car Show on July 4th 2012.  Participants appreciated the opportunity to show off their cars and talk with other owners while the public enjoyed the cars. 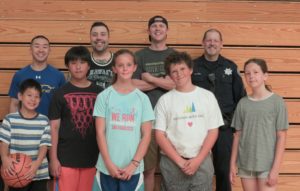 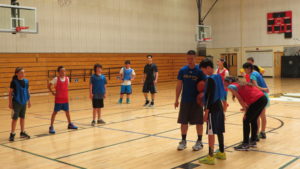 Basketball returned to the offerings in 2014.  Under the Coaching of former APAL kid and now Albany Police Officer Danny Ho, middle school aged boys and girls began playing once a week.

Looking to the future, the Albany Police Activities League is constantly exploring new and exciting opportunities to provide fun and safe programs for the youth of Albany.